A part of a long story how back in 2009 I had built a FreeBSD based CarPC running only open source software, featuring all required functionality for my offroad travels. I am still using this setup, at least once per year.

This part will be focused on raster navigation GUI. If you know what is raster map and why one may need it, jump right to the UNIX way of doing it.

What is a raster map and how it differs from vector map?

Vector map is a set of nodes and ways, it is a graph. Most mapping devices work with vector data, as it allows to build routes, properly zoom, rotate map and consumes little space in device memory. A raster map is basically an image, that is georeferenced. Georeferencing means defined relation between pixel coordinates and real latitude and longitude coordinates for several pixels in the image (at least 3), and also requires a known projection of the image, since images are flat, and Earth is not.

Detalization of raster maps is measured in meters per pixel. For example, if you see parked cars in Google satellite images, then satellite imagery you are looking at features at least 2-3 meters/pixel resolution.

There are two most common types of raster map data:

I will go into more detail about both types in future blog posts.

When does raster navigation kick in?

Raster navigation becomes necessary when you go truly exploring to a places, where no vector maps are available, or their detalization is far below acceptable level. When you are seeking for roads through taiga, abandoned for decades, for mountain passes known only to local shepherds and other routes like that. You probably won’t find such a place in the USA, but in Russia, Kazakhstan, Mongolia and likely many other countries of Asia there are plenty of such terrain.

Since 1996 there exists an application that is considered a golden standard for raster navigation. It is called OziExplorer. Any attempt to write another tool, either intentionally or not mimics OziExplorer. Back when I was building my CarPC, there was no Android version of OziExplorer, neither a good Android device to run as a CarPC.

There existed several Linux applications, that tried to achieve same goals as OziExplorer, for example QLandkarteGT, Viking, etc. I tried all of them and neither satisfied me.

As defined by Eric Raymond the proper way to do things in UNIX is to have a set of small self-sufficient applications connected by well defined interfaces. A raster navigation suite will consist of the following components:

Suprisingly for main application I had taken an editor of vector maps, the Java OpenStreetMap Editor. Unusual use case, definitely not foreseen by JOSM developers :) The editor has ability to display raster maps, as a background layers, to assist with composing the vector OSM map. It can download these layers from the Internet, be it a tiled map, or continuous map.

What if I don’t load the OSM vector data at all? I will load just a raster layer and then I will put on top a layer with position cursor and current track. That would create a raster navigation tool!

Looks like I wasn’t the first one to come with this idea, because there already existed LiveGPS plugin, that drawed the position cursor in JOSM. The plugin appeared to be abandoned, and required some care to get running. As I already had committer access to OpenStreetMap subversion, the hacking began. Eventually I adopted LiveGPS, added more features in it and took burden of maintainance, as I seem to be its major (the only) user :) 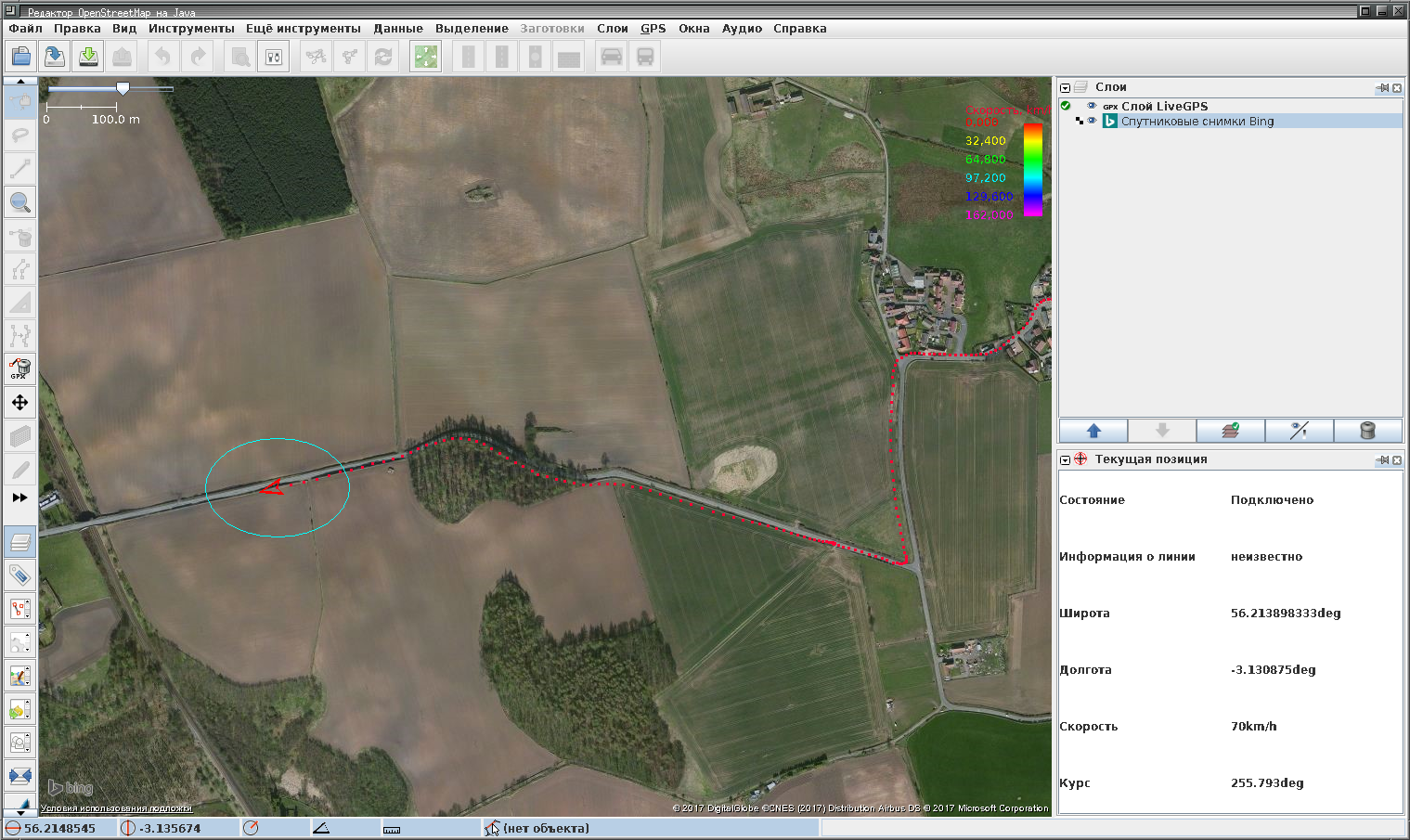 A final dash for the GUI was a small plugin that changed left mouse button behavior in JOSM, making it easy to drag map on a touchscreen.

To some extent JOSM supports both the WMS protocol used by professional GIS applications, as well as the TMS protocol, that is used by consumer grade map services, e.g. Google Maps, Bing Maps, Yandex Maps, etc. Both protocols are running on top of HTTP. So, the second component of our suite will be a web application, running on localhost.

Since complexity and longevity of the topic is out of the scope of this post, later I will write two separate blog posts: on running TMS service with NGINX rewrite rules, and on using mapserver to run WMS serving different kinds of map data.

My first attempt was to run the gpxlogger application from the GPSD suite and feed its standard output to a file. Soon I understood that I need more features out of it and started adding them. As Eric and rest of GPSD team weren’t eager to add them, I forked the program to my own gpxloggerd project, and hosted it on GitHub.

Always after my travels, I work a lot with my own traces to contribute data to the OpenStreetMap. So I wanted them to be as nice and clean as possible. That’s why gpxloggerd has features for suppression of logging when vehicle stands still, and starting new log file after such a delay. Another useful feature is suppression of logging when vehicle moves in a straight line. This allows for very nice trace detalization on curves and turns, without data bloat in the file overall. 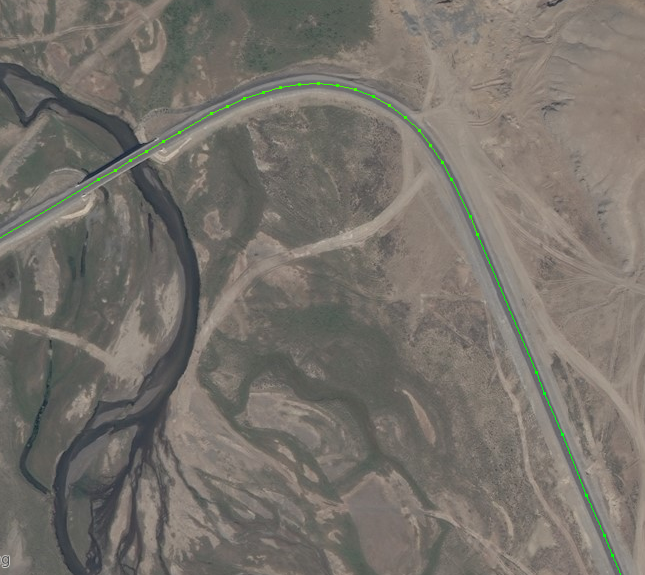 Now, suppressing my modesty, I will note that my GPS traces are the best looking traces I ever used as OSM contributor.

That was the easiest part. The GPSD supports many devices, and feeds GPX fix data to multiple clients via TCP server.